Home Blog  How Many Babies Do Columbia, MD Mice Have

How Many Babies Do Columbia, MD Mice Have 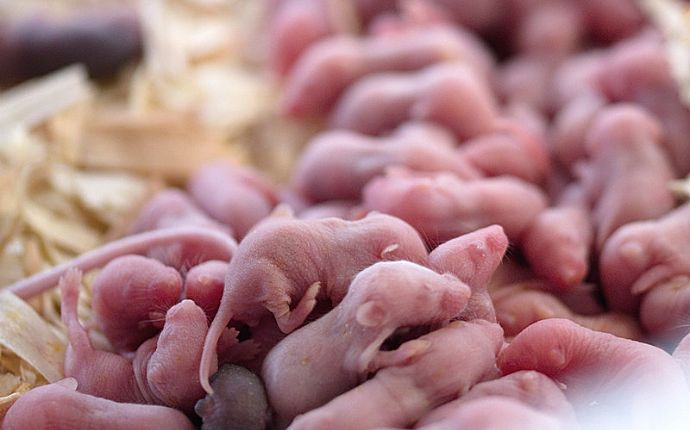 Mice are common pests in Columbia, MD. These critters chew upon and destroy anything they can sink their teeth into, including furniture, books, clothing, and other household items, leaving you with costly repairs. And it does not end there!

Another compelling reason you want to keep mice at bay is that they are vectors of several life-threatening diseases and infections, including hantavirus, leptospirosis, tularemia, and more. Consuming food contaminated by their droppings also poses a serious risk to one’s health.

Their rate of reproduction makes them an even bigger threat. So, how often do mice reproduce, and how many babies do mice have? Read on to learn more about their breeding behavior.

When Does Mating for Mice Start?

Mice breed all year round, and mating can start as early as four weeks. However, most mice mate after six to eight weeks, as this is when both males and females become sexually mature. The gestation period lasts about three weeks, after which pups are born. They might even give birth to a litter in as little as 19 days, depending upon if they get easy access to food and water during this time.

How Many Babies Can Mice Have?

Mice typically produce multiple babies at one time, considering their short period of estrus. The size of each litter is about six to eight pups on average, but it can be as small as three pups or as many as 14 pups at a time. Accordingly, a female mouse gives birth to 60 to 80 pups each year, but the number can be as high as 140 pups, though rare.

A female mouse can get pregnant and give birth up to six to ten times a year. A significant factor that determines the size of the litter is the availability of food sources, as more food usually results in larger litter and vice versa.

What Are the Signs That You Have Mice?

Several telltale signs can indicate the presence of mice on your property. One of the most common indicators is their granular-shaped, dark brown droppings, typically found around food packaging, kitchen cabinets, beneath the sink, along the walls, or around appliances.

A high-pitched squeaking, scurrying noise within the walls or basement, especially at night, and gnaw or scratch marks on food packages, furniture, or wires are also strong indicators of their presence. Lastly, a foul odor or a musky ammonia smell from their urine coming from hidden areas like attics and crawl spaces or enclosed areas like cabinets should also raise some eyebrows.

Mice are typically active at night and remain hidden during the day, and many homeowners do not become aware of their presence until there is a widespread infestation. As mice are breeding machines, it is essential to remain proactive and act swiftly by taking appropriate measures to control their population before it’s too late.

What To Do About Mice Problems

Mice can survive for up to three years indoors. Their fast rate of reproduction and the number of litters they can produce in a short span of time makes them a significant threat to your health and safety. If you suspect a mouse infestation, it is vital to act fast and take elimination and preventive measures without a second thought.

Phenom Pest Control provides guaranteed pest control solutions for Baltimore and surrounding areas of Maryland. We offer customizable pest control plans to suit the specific needs of your home or business. Call us today for a prompt pest control inspection and to get rid of your mice problem for good!