What are occasional invaders?

Occasional invaders are those pests that live outside most of the time but, at some points throughout the year, decide to invade your home or business and take advantage of its temperature-controlled environment and access to food sources. Occasional pests can also be accidentally and unknowingly introduced onto your property by people or pets. 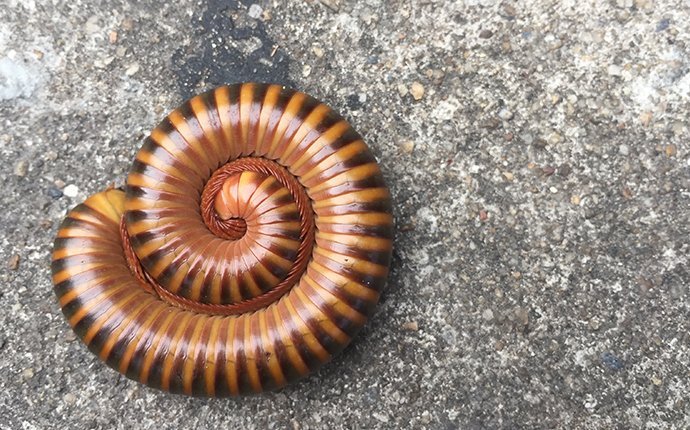 Some of the most common species of occasional invaders found living throughout our area of Greater Baltimore include the following:

Beetles (Coleoptera)
Beetles come in a variety of shapes and sizes. They have well-developed antennae and chewing mouthparts, as well as shell-like front wings that cover their back wings. Most species also have a well-defined line running down their backs where their front wings meet. Beetles, depending on their species, feed on a variety of things including fabrics, plants, other insects, stored grains, and wood.

Centipedes (Chilopoda)
Centipedes are a predatory species that feed on insects and spiders. They have long, flat, segmented bodies that range in color from yellowish-gray to darkish-brown. Centipedes have one pair of legs per body segment; the first pair of their limbs (maxillipeds) ends in sharp claws and contains venom glands used to capture and paralyze prey.

Fleas (Siphonaptera)
Fleas feed solely on the blood of mammals. Adult fleas are very small in size, growing to about 1/12 to 1/6 of an inch. They have hard, flattened bodies that are dark brown in color and very difficult to squish. Fleas have six legs; they are wingless and incapable of flight, but their long, powerful hind legs allow them to jump great distances.

Millipedes (Diplopoda)
Millipedes look very similar to worms but can have anywhere from 30 to 90 pairs of legs. They are dark brown in color and approximately 3/4 to 1 inch long. When threatened, millipedes will curl up into tight balls. These occasional invaders are scavengers that have high moisture needs and cannot survive in dry environments.

Mosquitoes (Culicidae)
Adult mosquitoes have narrow, oval-shaped bodies with long legs, a single pair of wings, and long, piercing mouthparts called proboscises that they use for sucking up liquids. Their bodies are black or gray and covered with iridescent scales that can be blue, green, silver, or white in color. Both male and female mosquitoes feed on the nectar of flowers as their main food source; only females feed on the blood of humans and animals, as they require the protein in blood to produce their eggs.

Silverfish (Lepisma saccharina)
Silverfish have brown, teardrop-shaped bodies that are covered in gray scales. They are wingless and can grow to about 3/4 of an inch in length. They also have three distinct, bristle-like appendages protruding from the back of their bodies. Silverfish move from place to place in a wriggling, fish-like manner.

Stink bugs (Halyomorpha halys)
Stink bugs are agricultural pests that typically invade homes in large numbers during the fall. Stink bugs are as wide as they are long; they have mottled, brown or tan bodies with copper or metallic blue-colored patches on their heads. As their name suggests, these insects release a very foul-smelling liquid when threatened or squished.

Ticks (Ixodida)
Like fleas, ticks are external parasitic pests that feed solely on blood. Ticks are a type of arachnid and adults have eight legs. These pests have wingless, oval-shaped bodies that swell and grow in size after consuming a blood meal, though their exact size and color pattern is species dependent.

Why do I have an occasional invader problem?

Most occasional invaders will make their way indoors when the weather outside becomes unsuitable for them to live comfortably. These occasional invaders can also be accidentally introduced into your home or business on objects that are brought in from outside such as boxes, furniture, newspapers, packages, and potted plants.

Fleas and ticks can be introduced into your home or business on people or pets that have come into contact with them while spending time outdoors. Mosquitoes often will find their way inside accidentally while foraging for food and can become a huge problem on any property with standing water on which they can lay their eggs.

Where will I find occasional invaders?

Wherever there are people, food, and shelter, there is the potential to find cockroaches. Depending on their exact species, cockroaches often live around dumpsters or trash cans, behind tree bark, in compost piles, in gardens, in sewers, and under mulch. Cockroaches that have found their way inside of a home will nest in a variety of places. They can be found around pipes and drains, behind appliances, in drawers, and under cabinets. They also tend to take up residence in basements, bathrooms, and kitchens.

How do I get rid of occasional invaders?

To get rid of occasional invaders, we recommend contacting a pest control company with the experience, knowledge, and tools required to completely eliminate the infestation. Phenom Pest Protection is a local, family-owned business committed to offering phenomenal service and results. We customize our treatment process to ensure your property’s specific needs are met. To learn more about our effective pest control services offered to properties throughout Greater Baltimore, contact Phenom Pest Protection today!

How can I prevent occasional invaders in the future? 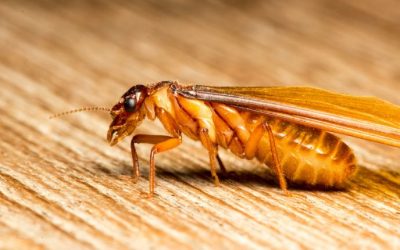 When Do Termites Swarm? A Guide for Baltimore Homeowners

Every year in the U.S, termites are responsible for at least $5 billion in property damage. These pests eat wood to survive, which is problematic because most houses in the U.S. are primarily made of wood. There are a few ways to identify a termite infestation. Check... 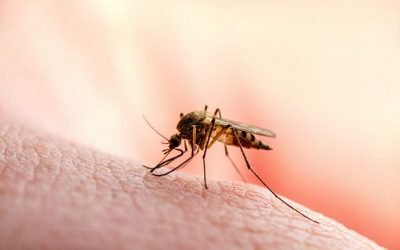 How To Get Mosquitoes Off Your Frederick, MD Property

A mosquito bite isn't just itchy–it can cause several health problems. There are currently over 3,000 known species of mosquitoes on the planet, with roughly 200 species in the U.S. Keep reading to learn how to get mosquitoes off your Frederick, MD property and avoid... 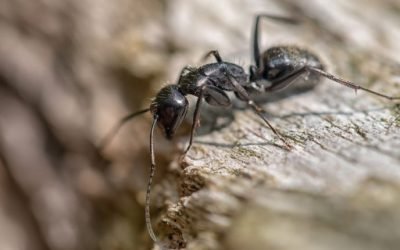 The carpenter ant is a particularly troublesome ant species found in Columbia. These ants burrow into wood and can damage your home’s structural integrity. When you find carpenter ants, it’s essential to take care of them right away, as the damage will only get worse...